At a time where ecological and environmental considerations are at the heart of current concerns, the question arose around the use of negotiated justice to punish environmental offences.

On 3 March 2020, the French Senate passed a Bill aiming at strengthening criminal law’s response to environmental harm1. As part of this Bill, an “environmental CJIP” is introduced, based on the model implemented by the Sapin II law2 for probity offenses.

A few days after this Bill, on March 11, 2020, a subsidiary of Vinci accused of dumping concrete residues into the Seine river, was sanctioned by the Nanterre Criminal Court within a guilty plea procedure (“CRPC”). Although the company was sentenced to a 90,000 euros fine and to comply with the immediate remediation of the polluted site, the environmental NGOs have pinpointed the CRPC as an inadequate measure for environmental offences giving companies a de facto “right to pollute3”.

While the opening up of negotiated justice to environmental offences illustrates a willingness to fight against them, the sanctions will need to be adapted to the reality of the damages.

I. The shortcomings of the repression of environmental offences under French law

When it comes to environmental matters, the French justice system tends to be considered incomplete on multiple grounds. The processing times are long, the reparation of damage is often incommensurate to the harm caused, and the measures to ensure that violations will not occur again are insufficient4.

Few environmental offences are sanctioned in court, and sanctions do not seem adapted to the damage caused. Indeed, environmental litigation represents only 1% of criminal convictions and 0.5% of civil convictions. The former French Minister of Justice, Nicole Belloubet explained however that “these figures do not, […], reflect the reality of the damage that is done daily to the environment and biodiversity5”. For instance in 2018, out of 1,993 prosecuted individuals on charges pertaining to environmental damage, only 27 were sentenced to prison and 954 were fined. With respect to legal entities, 60 out of 139 convicted were fined6. As a remedy, the Bill aims at refurbishing the environmental justice system by providing a better judicial response to environmental harm. The environmental CJIP may contribute to the fight against harm to environment, by encouraging offending companies to cooperate rather than sanctioning perpetrators.

II. The introduction of a negotiated environmental justice in which sanctions remain to be adapted

According to former French Minister of Justice, the goal of the environmental CJIP is to “make companies more responsible and mobilize them on ecological issues instead of focusing on seeking the criminal responsibility of managers7”. The conclusion of an environmental CJIP will lead to the payment by companies of a fine proportionate to the benefit derived through the misconduct, up to a limit of 30% of the entity’s average annual turnover over the previous three years8. A CJIP will also include the implementation of an environmental compliance program, under the supervision of the Ministry of the Environment, and the reparation of environmental damages within a three-year delay9. The content of the compliance programs is yet to be determined – it could for instance, be based on internal procedures mirroring those in place for corruption matters such as a reporting procedure, the implementation of a code of conduct and risk mapping10.

As a tool of the new negotiated justice movement, the CJIP is recognized for its growing success in France since it came into force and appears fit to process the complexity of environmental matters and legislation. The intended measures regarding the amount of the fine may however not be adapted to all environmental damage. Indeed, environmental damage does not necessarily imply monetary exchanges, and it may for instance be difficult to evaluate a benefit that derives through accidental pollution or lack of diligence. Moreover, one of the main challenges following environmental damage is to restore the initial state of land and avoid aggravation or repetition of the damage.

Some NGOs thereby fear that such settlements could restrict the impact of sanctions and neglect the crucial educational aspect pertaining to environmental issues11. 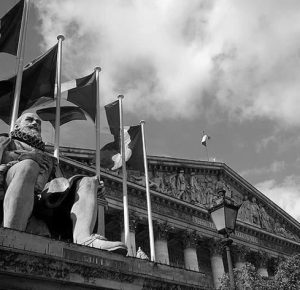 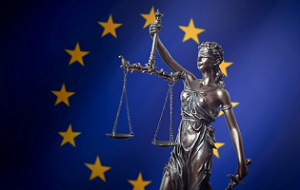 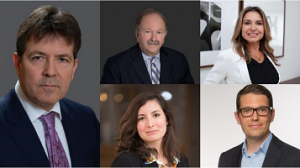