On 17 November 2020, the Paris Court of Appeal (Cour d’appel de Paris) sets aside two awards[i] rendered in a dispute opposing the French private company Sorelec and the State of Libya after recalling the stance of the French courts[ii] which consider that corruption is a violation of the “international public policy” [iii].

I. Competence of the French judge to appreciate allegation of corruption not previously alleged by a party before the Arbitral Tribunal

As part of the arbitration proceedings related to contracts entered by Sorelec and the State of Libya for the construction of schools and housing units, the Arbitral Tribunal rendered a Partial Award on 20 December 2017, in which it validated and recognized the Settlement Agreement entered into by the parties.

Since the State of Libya failed to perform the Settlement Agreement within the required time, the Arbitral Tribunal issued a Final Award on 10 April 2018 ordering it to pay millions of euros to Sorelec.

In response, the State of Libya initiated an action to set aside both awards before the French courts claiming that the Settlement Agreement was obtained by means of corruption and thus violated international public policy under Article 1520 (5) of the French Code of Civil Procedure.

According to the Court, the prohibition of corruption of public officials is one of the principles of the French legal system. Therefore, and pursuant to article 1520 of the French Civil Procedure Code which provides that “recourse for setting aside is valid only if: (…) the recognition or enforcement of the award is contrary to international public policy”, corruption is a ground for setting aside awards.

II. Application of a circumstantial evidence methodology in the appreciation of corruption by the Paris Court of Appeal

Moreover, looking at corruption issues, the Paris Court of Appeal adopts once again, as it has in the Alstom Alexander Brothers decision of 28 May 2019 and Sécuriport decision of 27 October 2020, the definition of corruption provided by article 16 of the United Nations Convention against Corruption of 2003 and refers to the definition provided by article 1 of the OECD Convention on Combating Bribery of 1997. This demonstrates the clear willingness of French Courts to harmonize worldwide the approach to corruption in arbitration.

Consistently with its previous rulings, the Paris Court of Appeal applies in this instance the so-called red flags test. According to this method, the Courts retain corruption by relying on circumstantial evidence provided that it is serious, precise and consistent, without requiring direct evidence[vi].

In the present decision, the Court applied this circumstantial evidence methodology stating that the different circumstantial evidence submitted by the State of Libya were sufficiently “serious, precise and consistent”. Relying, inter alia, on the general context of corruption in Libya, it concludes that the Settlement Agreement had concealed a corrupt scheme. The Paris Court of Appeal notes a set of red flags relying on the Libyan political situation and its unclear government structure, the abnormal government procedure followed for concluding the Protocol, the lack of precision or the brevity of the duration of the negotiations regarding the Protocol, and conditions of the Protocol exclusively in favour of one party.

The decision adopted by the Paris Court of Appeal is in line with its recent case-law which intends to reinforce the importance of compliance in arbitration[vii]. Corruption issues should therefore be carefully considered as a major risk by those involved in arbitration proceedings and should thoroughly be taken into consideration by arbitrators who are increasingly seeing their awards set aside when giving effect to corruption-tainted contracts. The fight against corruption and in favor of business ethics is henceforth becoming an essential issue in arbitration. 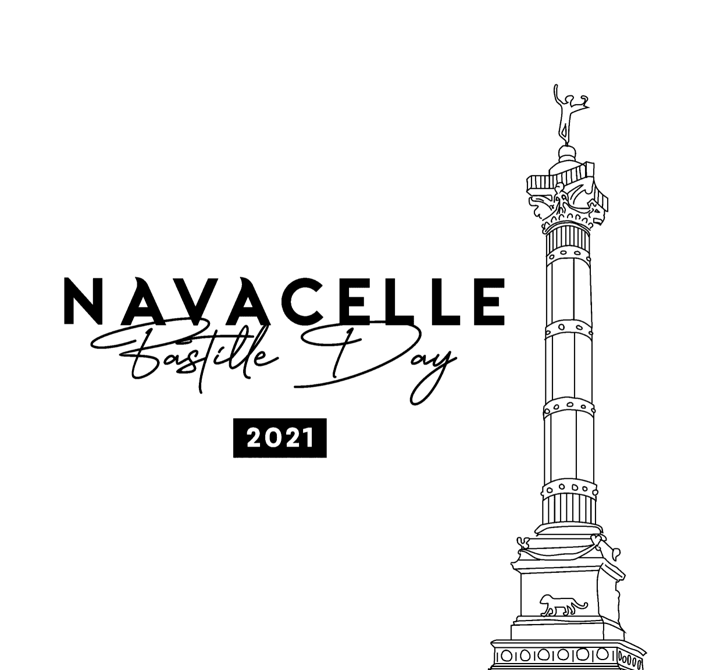 Bastille Day Newsletter 2021
Happy 2021 Bastille Day! Lawyers at Navacelle thought you might be interested in reviewing a selection we made of noticeable events which occurred in France in the fiel...
Analysis 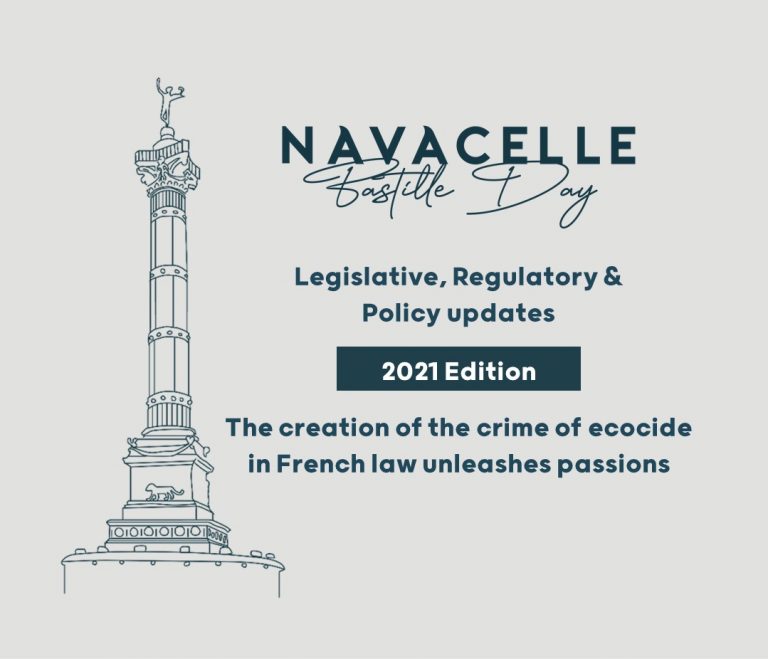 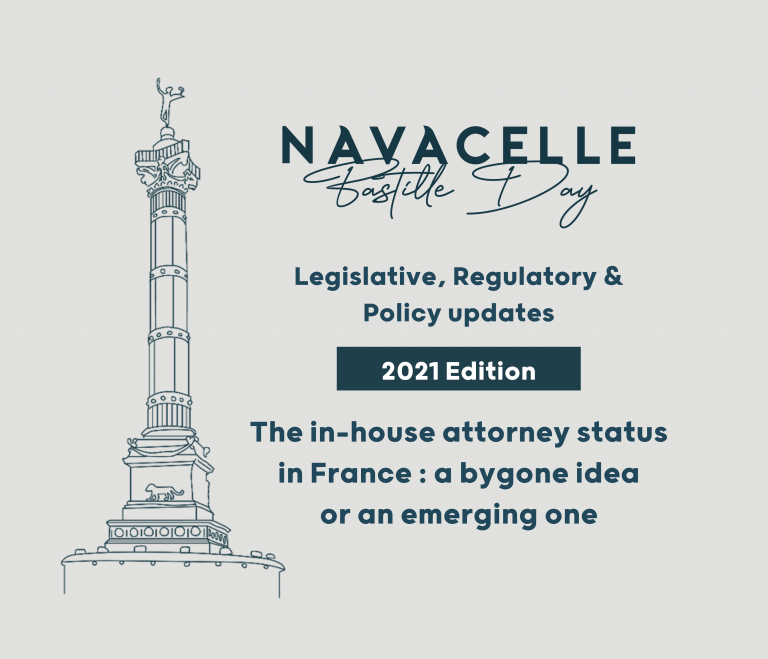 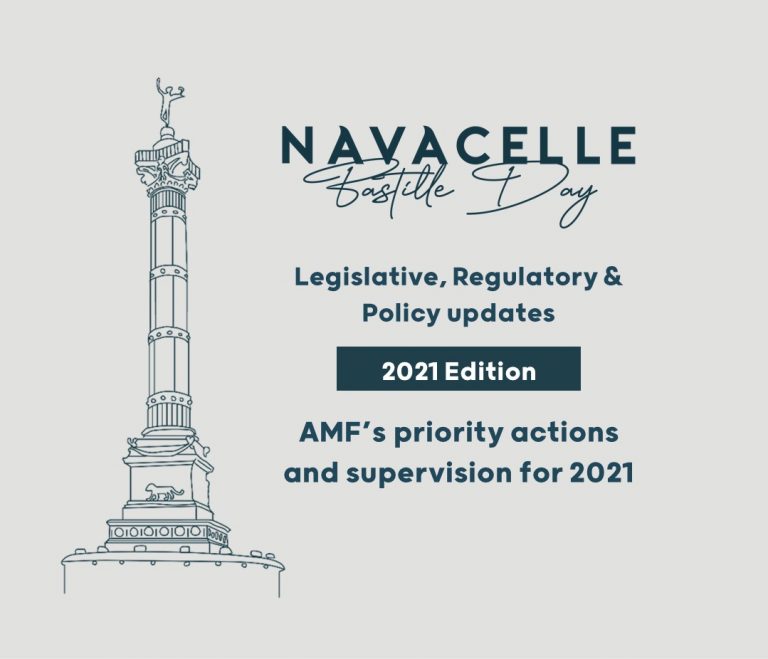 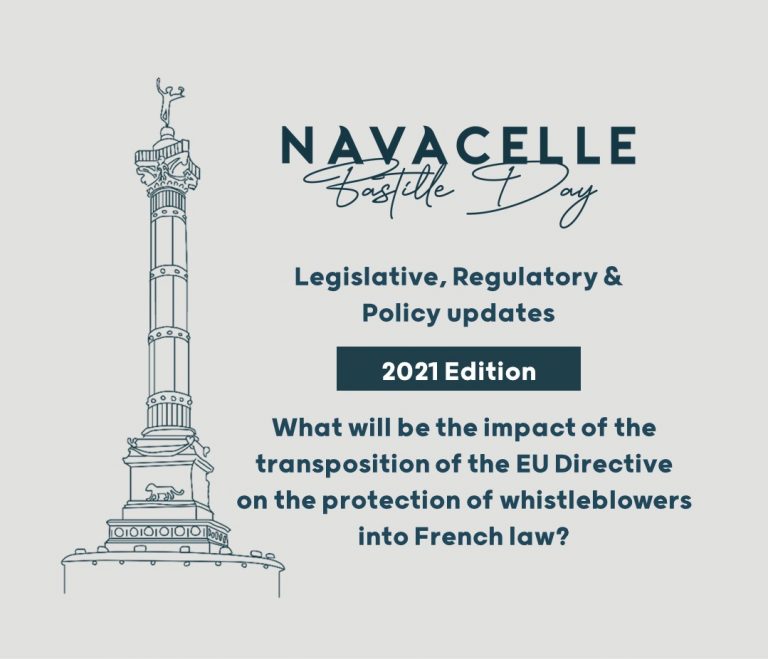 What will be the impact of the transposition of the EU Directive on the protection of whistleblowers into French law?
Bastille Day Newsletter 2021 - Legislative, Regulatory & Policy updates
Analysis 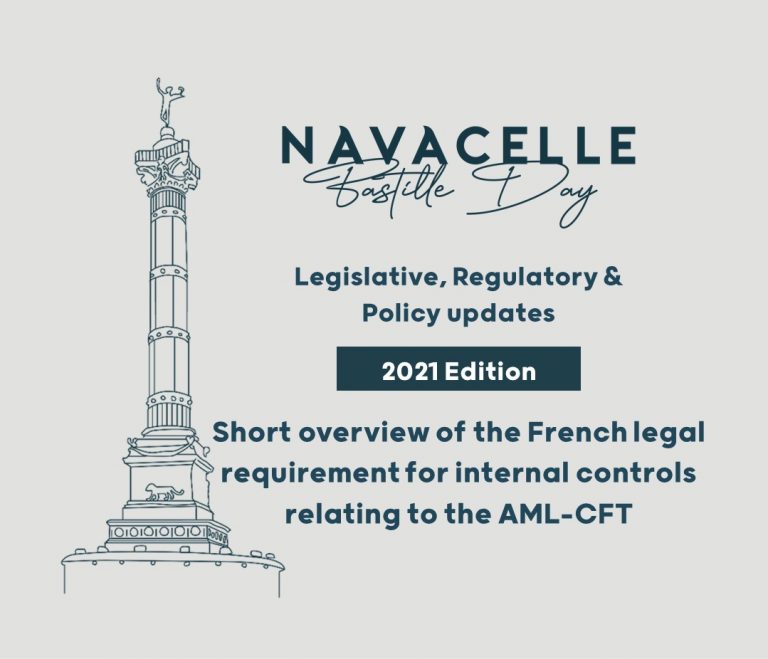 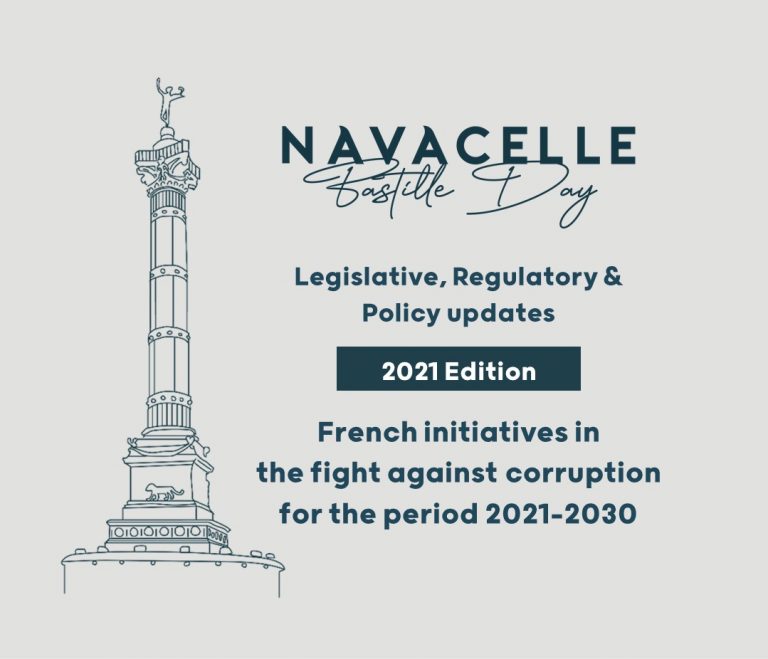 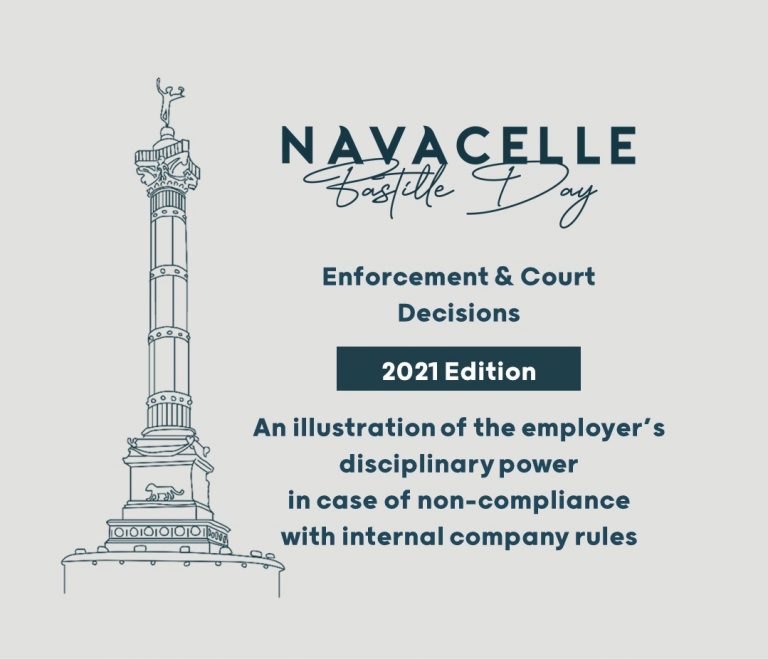 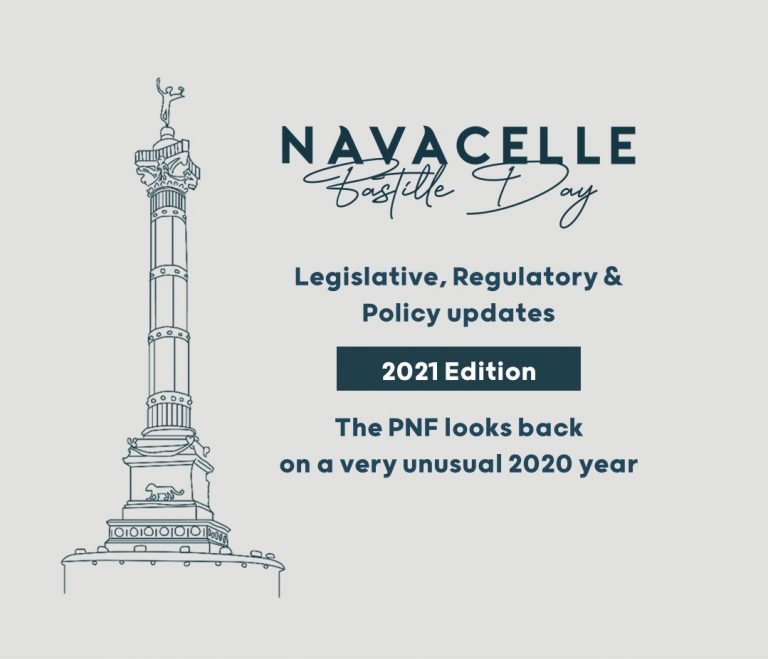 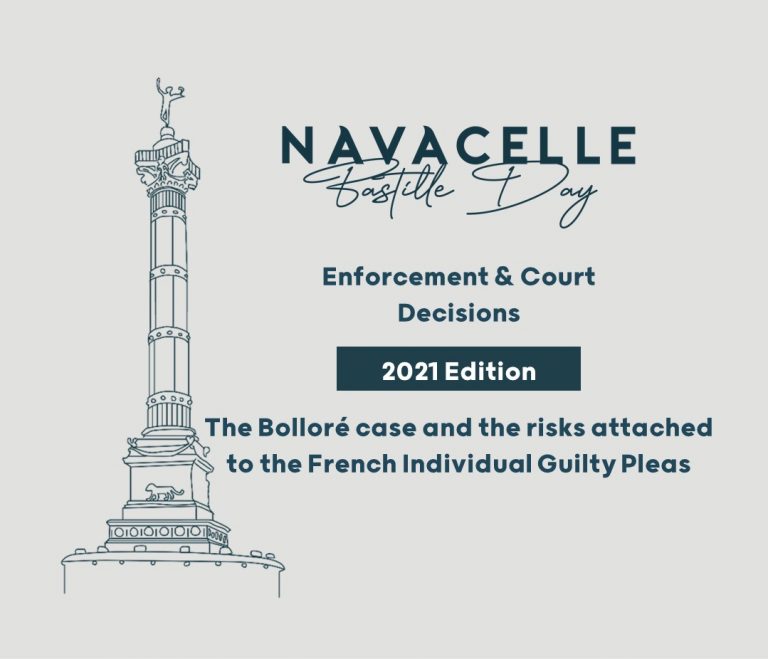 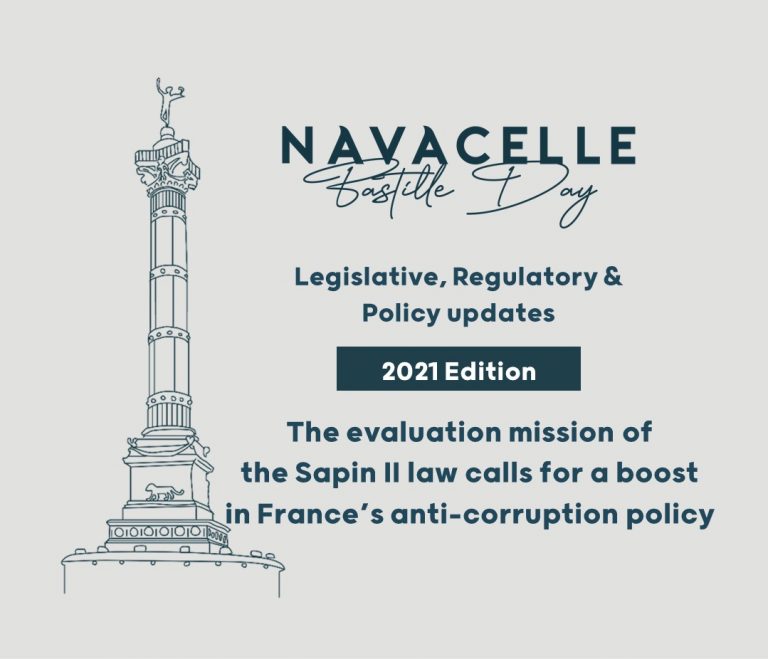 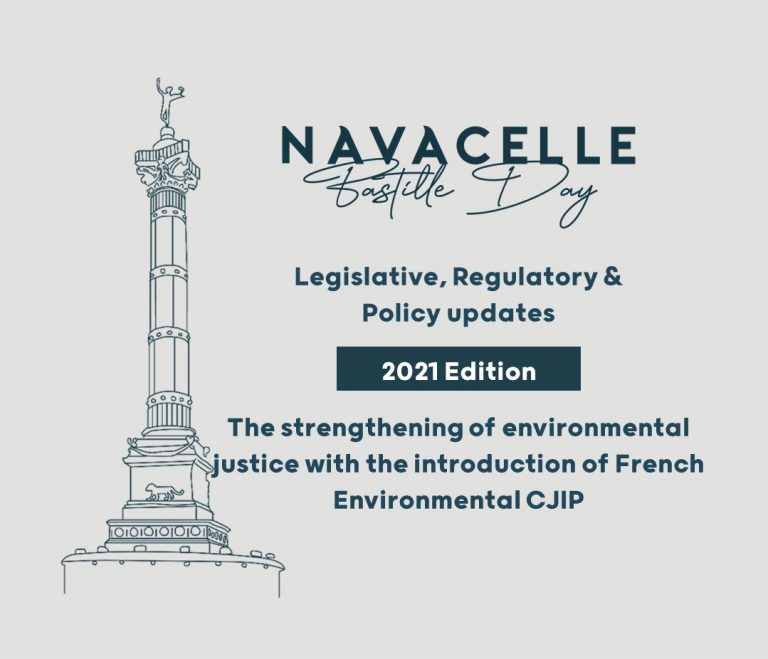 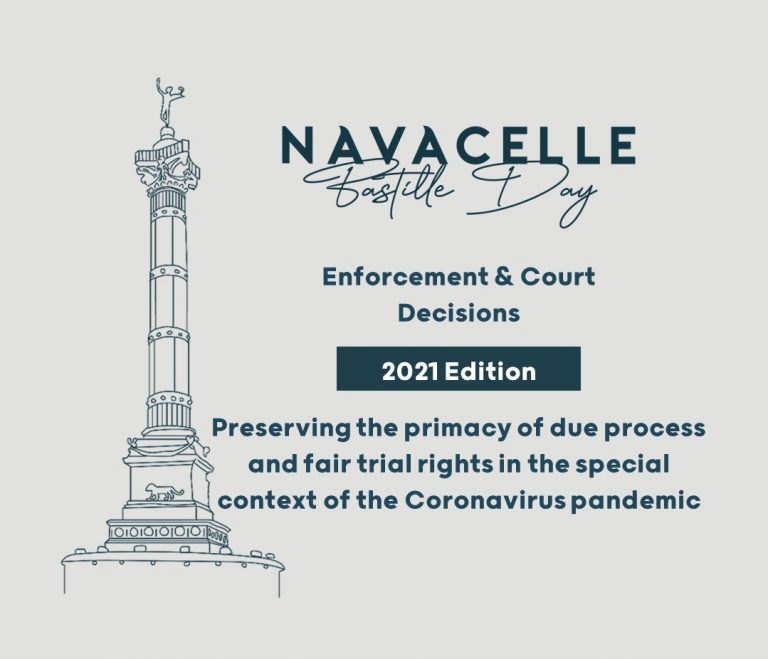 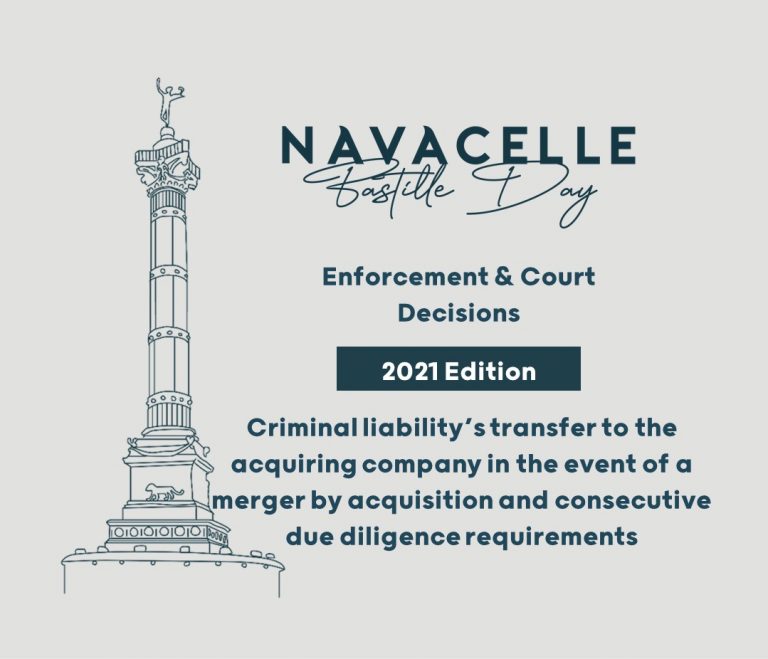 Criminal liability’s transfer to the acquiring company in the event of a merger by acquisition and consecutive due dil...
Bastille Day Newsletter 2021 - Enforcement & Court Decisions
Analysis 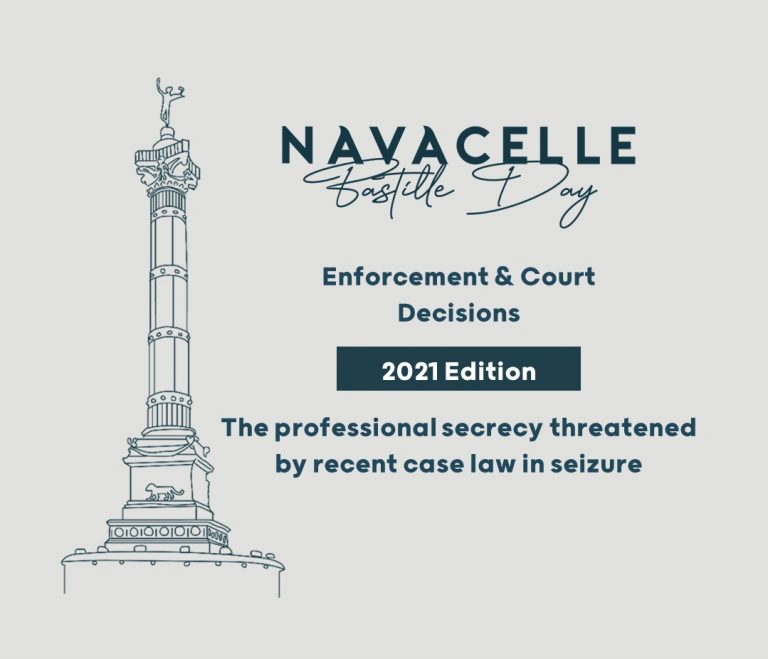 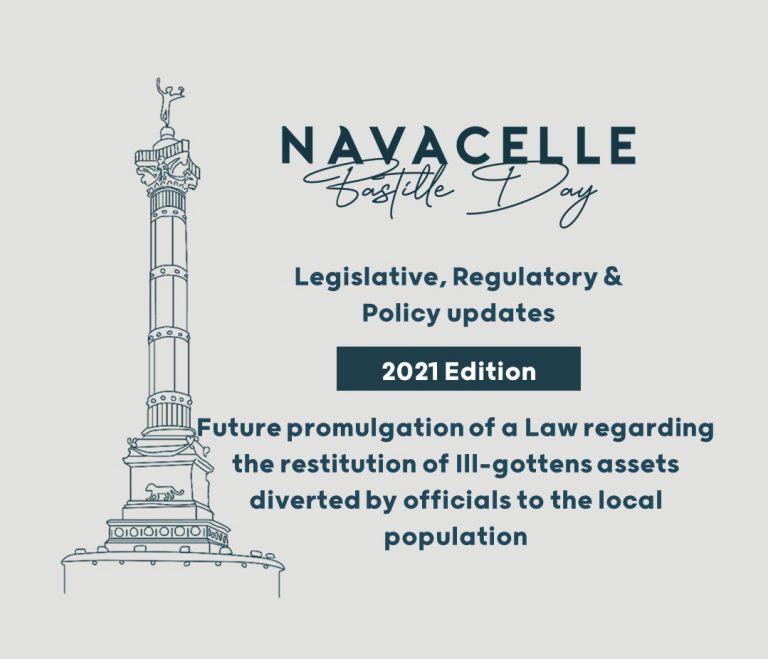 Future promulgation of a Law regarding the restitution of ill-gottens assets diverted by officials to the local populati...
Bastille Day Newsletter 2021 - Legislative, Regulatory & Policy Updates
Analysis 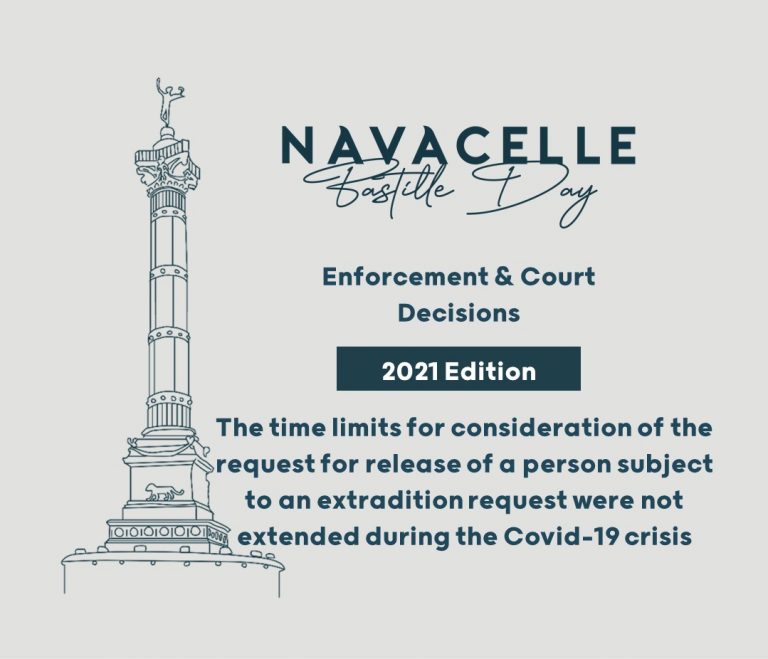 The time limits for consideration of the request for release of a person subject to an extradition request were not ext...
Bastille Day Newsletter 2021 - Enforcement & Court Decisions
Analysis 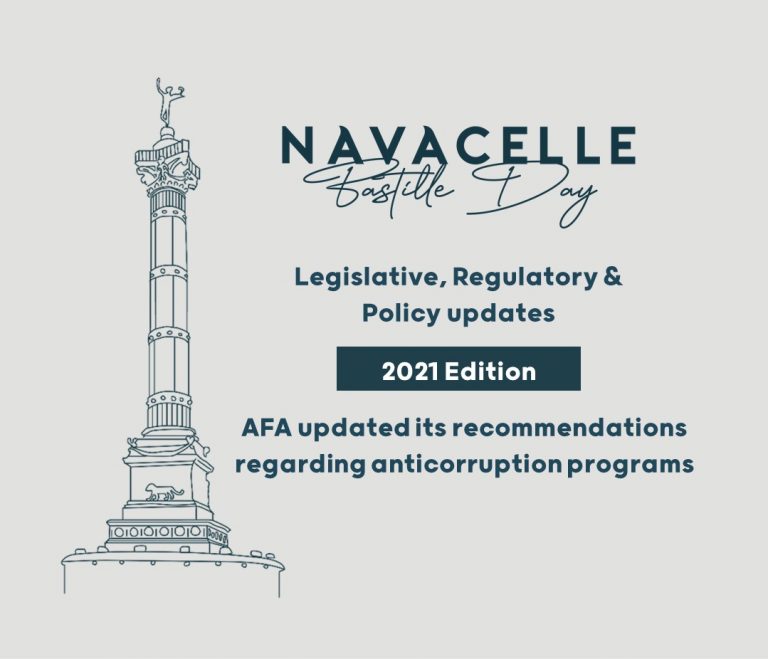 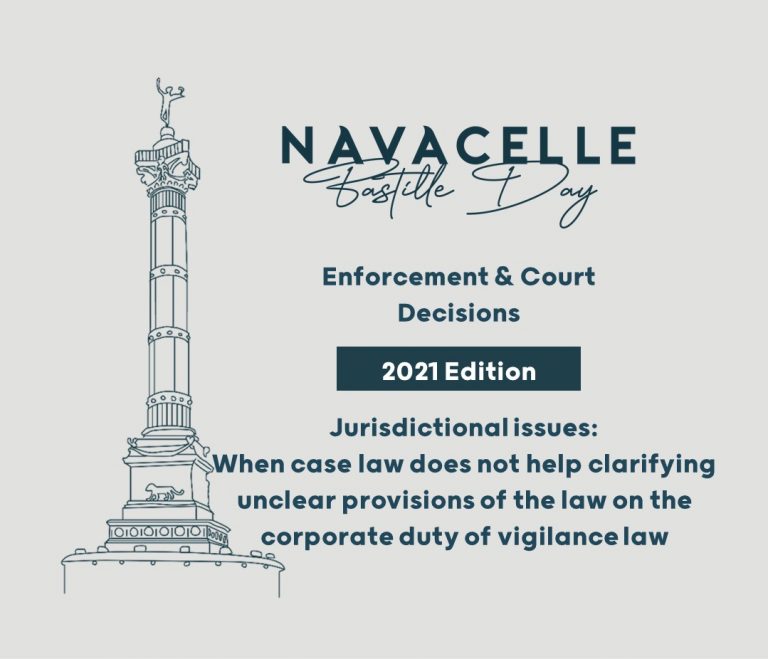 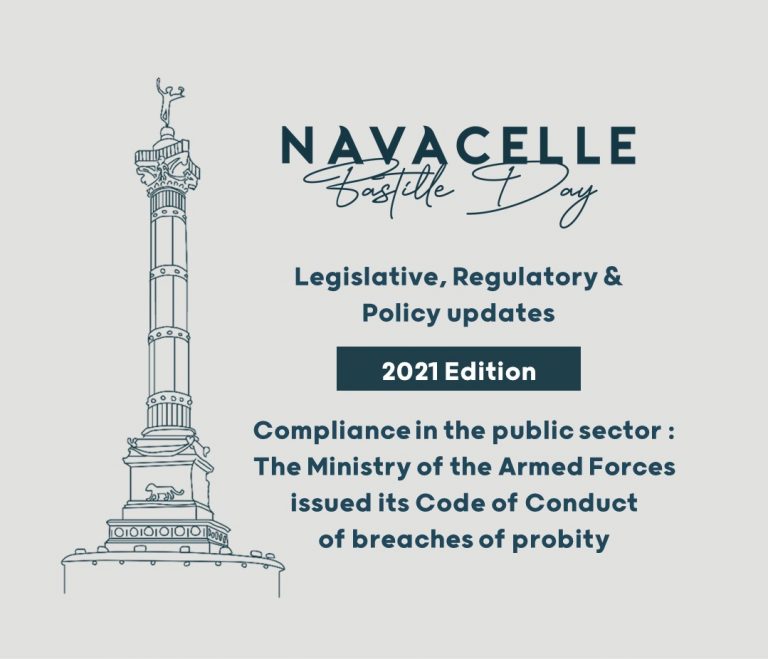 Compliance in the public sector: The Ministry of the Armed Forces issued its Code of prevention of breaches of probity
Bastille Day Newsletter 2021 - Legislative, Regulatory & Policy Updates
Analysis 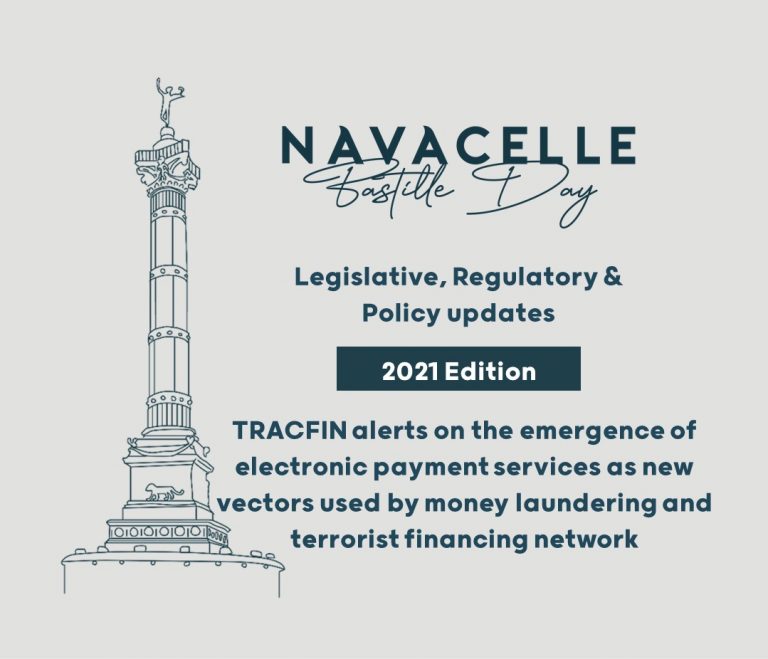