Credit Suisse escapes prosecution and agrees to pay a public interest fine of 123,000,000 euros under the 13th deferred prosecution agreement concluded by the National and Financial Prosecutor’s Office. > Read analysis

On 20 September 2022, the Court of Justice of the European Union issued two rulings concerning the conditions under which member states are allowed to retain traffic data for surveillance purposes. These rulings challenge the national systems of France and Germany in this area. > Read analysis

#White collar crime: Caroline Magne, Eric Ciotti’s ex-wife is targeted by a PNF investigation due to her multiple jobs

On 22 November 2022, the National Financial Prosecutor’s Office (PNF) opened a preliminary investigation against Caroline Magne, ex-wife of Eric Ciotti (Les Républicains, LR), for misuse of public funds. The opening of this investigation comes after revelations made by the “Canard enchaîné” regarding the numerous positions held by Caroline Magne between the National Assembly and local authorities in Nice. > Read article

The reform of the protection of national security secrets: a real challenge for the companies involved.

Following a recent reorganization of the rules for handling classified information and materials by individuals and companies, challenges and issues remain. Companies that need to comply must follow strict guidelines and may incur heavy penalties for violations. > Read article

Night search: specificity of an authorization issued in advance

On 15 November 2022, the Court of Cassation ruled that an investigating judge could authorize in advance, a night search in a living space. This authorization must, however, be justified by a foreseeable risk of loss of evidence. Moreover, on the day of the operation, the investigators must obtain the prior approval of the judge, in order to ensure that the elements justifying the authorization previously issued still exist. > Read article

The Global Privacy Assembly, which brings together all data protection authorities, adopted two resolutions at its annual meeting of October 2022. The resolutions concern the strengthening of international cooperation capabilities in cybersecurity and the principles and expectations of facial recognition. > Read article

Launch of the international guide to corporate internal invgestigations
NAVACELLE co-hosted the launch of the ABA guide in Dubai along with Al Tamimi & Company, Bär & Karrer and Cadwalader, Wickersham & Taft LLP.
Press review
Press review – Week of 28 November 2022
In this press review, you will discover several important judicial events: the French Supreme Court clarified the status of victim of an act of terrorism and the compensa...
Analysis
Judicial Agreement of Public Interest for aggravated tax fraud laundering and illegal canvassing
Credit Suisse escapes prosecution and agrees to pay a public interest fine of 123,000,000 euros under the 13th deferred prosecution agreement concluded by the National an...
Press review 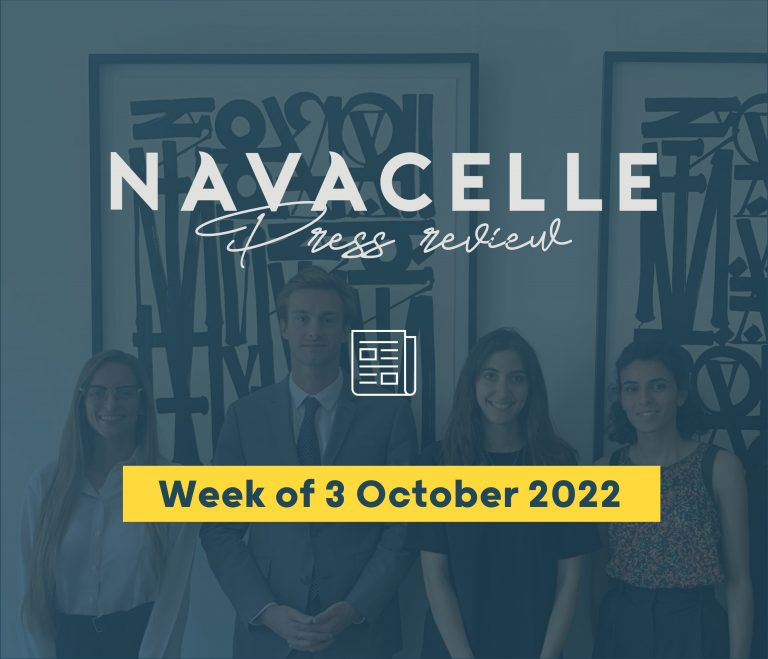 Press review – Week of 3 October 2022
In this press review you will discover two court decisions. The first one was rendered by the Court of Cassation and clarifies the conditions of identification of the off...
See all news and insights
Manage Cookie Consent
We use cookies to optimize our website and our services.
Manage options Manage services Manage vendors Read more about these purposes
Settings
{title} {title} {title}