I.  Environmental compliance: a recent concept addressing a current awareness

At the launch of the French Agency on biodiversity on 13 February 2020, President Emmanuel Macron spoke of environmental concerns as the challenge of the century, and called for stakeholders in the economy to stand by environmental goals.[1] The environment is broadly defined by Article L110-1 of the French Environmental Code as ‘the resources, natural spaces, biodiversity marine and terrestrial life, landscapes, the quality of air, and life itself’.

Although Principle 25 of the 1972 Declaration of Stockholm specifically states that the main players in environmental compliance are states and international organisations, it was not until recently that legislation on the environment has become front page material in France.

Indeed, it took repeated human-made environmental disasters for France to acknowledge the environment in legislation.[2] Today, there are more than 1,000 multilateral and bilateral agreements on environmental issues.[3] On 1 March 2005, France included an Environmental Charter into domestic law and integrated it to constitutional law.[4] Such legal frameworks express growing awareness of existing threats for the planet.

Compliance on the other hand, can be defined as the need to conform to a rule that can be a policy, a standard or a law. It also intends to prevent the realisation of a risk. The legal term ‘compliance’ has been popularised in France through the anticorruption French Law Sapin II,[5] a concept which has been turned into a strategic tool for companies independently from their sphere of activity.

This is where both compliance and environment concerns can intersect. Compliance is a general requirement of ‘good behaviour’ from economic agents. It also requires an evaluation of the exposure to the risks of administrative or criminal sanctions as well as to reputational damage.[6] In both situations the objective is to limit the risk of environmental harm. Public and private institutions, which may want to turn a blind eye to the issue, are repeatedly reminded of their ‘duties’ by civil society watchdogs.

In addition, the idea is that compliance is somehow naturally part of environmental concerns. Indeed, activities that are within the scope of environmental law are often activities with a risk to health, the environment or biodiversity, and that are subject to licensing, registration and declarations. Compliance is also subject to administrative police law, implying that some economic activities cannot exist without strictly respecting the imposed standards.[7] If the efficiency of a measure frequently stems from the ability to sanction any breach, compliance also stands as a solution, encouraging companies to be part of their own regulation and to prevent unsafe behaviour. In that sense, the Law Sapin II on anti-corruption[8] is certainly one of the best examples in France of how compliance has been integrated as a binding strategic tool into internal company policies. The effectiveness of environmental compliance however, still has further to progress in France.

II.  The absence of a general framework for environmental compliance

Most of environmental compliance principles are part of a soft law corpus, largely based on voluntary and non-binding commitments.

These include Corporate Social Responsibility (CSR) embedded in the ISO 26000:2010 standards, the first such standards on international social responsibility.[9] CSR requires the incorporation of social and environmental concerns by companies.[10] France was one of the pioneers in adhering to CSR, as the 2001 New Economic Regulations (NRE) Act already encouraged listed companies to behave as ‘good corporate citizens’, requiring them to disclose information in annual reports concerning measures taken for the environmental and the social impact of their activities.[11] This reporting obligation was later strengthened by the Grenelle I Act, the Grenelle II Act,[12] and also by the Order of 19 July 2017.[13] All companies over 500 employees must now introduce extra-financial information into their annual management report ‘regarding the consequences of their activities, the use and production of goods and services on climate change, the social commitment in favour of sustainable development, circular economy, fight against food waste’. Similarly, the PACTE Law,[14] recently created a new provision in the French Civil Code, providing that ‘corporations must be managed by considering, their social interests, and social and environmental issues.’[15] On 27 March 2017, France went a step further by introducing, a duty of vigilance for parent and outsourcing companies established in France with over 5,000 employees in France or 10,000 employees worldwide.[16] It creates a binding obligation for parent and outsourcing companies to identify and prevent human rights abuses and damages to the environment resulting not only from their own activity but also from that of companies over which they have direct or indirect control, or that of their French or foreign subcontractors and suppliers.[17] It requires in particular, the company to implement a risk-mapping, to take appropriate action to mitigate risks, prevent violations, and implement regular procedures to assess the situation of its subsidiaries, subcontractors and suppliers. On such basis, a multinational company can be held accountable for harm to the environment caused by its activity as well those of its subsidiaries, subcontractors and suppliers.

If this law constitutes a ‘major step towards ensuring that the rights of… the environment are respected by multinational corporations’, some pitfalls have nevertheless been identified, among which are: the exclusion of certain high-risk companies sectors due to the high threshold; the burden of proof that remains with the claimant; and the absence of criminal sanctions.[18]Indeed, a mechanism of sanctions by which the company would have had to compensate any damages resulting from breaches to the vigilance obligation by a fine up to €10m could be tripled depending on the gravity of the misconduct, was initially provided.[19] This provision, however, was invalidated by the Constitutional Court (Conseil Constitutionnel) for being too vague and for disregarding the principle of necessity and proportionality of the sentences.[20] Furthermore, a year after the law entered into force on 27 March 2017, it appears that its goals have only partially been met and that a number of companies have only published limited information on their environmental initiatives despite their obligation to do so.[21] Therefore, although France has quite a large environmental compliance legal framework, it still needs to be improved with general sanctions and controls.

Despite the existence of administrative and criminal sanctions aimed at ensuring environmental compliance requirements are effectively met,[22] there is no general and unique criminalisation for damage to the environment. Hence, the diversity of activities and sources (criminal/ administrative; domestic/international; hard law/soft law) and the absence of harmonisation is often considered as a ‘virtual threat‘ for companies, the lack of clarity complicating the implementation of sanctions for the authorities.[23] In early 2019, a group of French socialist MPs suggested that a crime of ‘ecocide’ be voted as a new crime against the environment, echoing with the concept of genocide. This crime would have been defined as the ‘execution of a coordinated action meant for the total or partial destruction or deterioration of an ecosystem in times of peace or of war, the serious and long-term harm to the environment and to a population living conditions’,[24] and would have been sanctioned by 20 years’ imprisonment and be imprescriptible. The French Senate and Government finally rejected the project reproaching the law for being unclear.[25]

The rejection of the Bill however, opened up the debate regarding the necessity to complete French environmental criminal provisions. Consequently, on 3 March 2020, the French Senate adopted in first reading a Bill aimed at strengthening criminal law’s response answer to environmental harm.[26] This reform proposes to create three levels of response to environmental harm, depending on the severity and type of harm, with dedicated judges in courts.[27]

As part of this reform, an ‘environmental Deferred Prosecution Agreement’ (DPA), based on the model implemented by the Law Sapin II for probity offences (the Convention Judiciaire d’Intérêt Public or CJIP) will also be introduced.[28] This mechanism intends to strengthen criminal law to such an extent that ‘it would no longer be economically worthwhile to cause an environmental harm’.[29]

As a tool of the new negotiated justice movement, the CJIP is recognised for its increasing success in France since it came into force and should be appropriate for the complexity of environmental matters and legislation. The demonstration of environmental offences, in particular the causal link, is often difficult.[30] The environmental CJIP will allow sanction serious harm to environment by encouraging offending companies to collaborate instead of being condemned.

In return, companies will have to pay a fine proportionate to the benefit derived through the misconduct, up to a limit of 30 per cent of the entity’s average annual turnover over the previous three years.[31] It can also be imposed on the entity to restore the damage caused within three years following the settlement and compensate identified victims within the year following the settlement and, above all, to implement a compliance programme under the control of the Ministry of Environment.[32] The content of compliance programmes is yet to be determined. It could be based on internal procedures provided for corruption matters such as a reporting procedure, the implementation of a code of conduct and risk mapping.[33]

Non-governmental organisations, however, have expressed fear of being excluded from the debate.[34] Such settlements could restrict the impact of sanctions and neglect the crucial educational aspect on environmental issues. 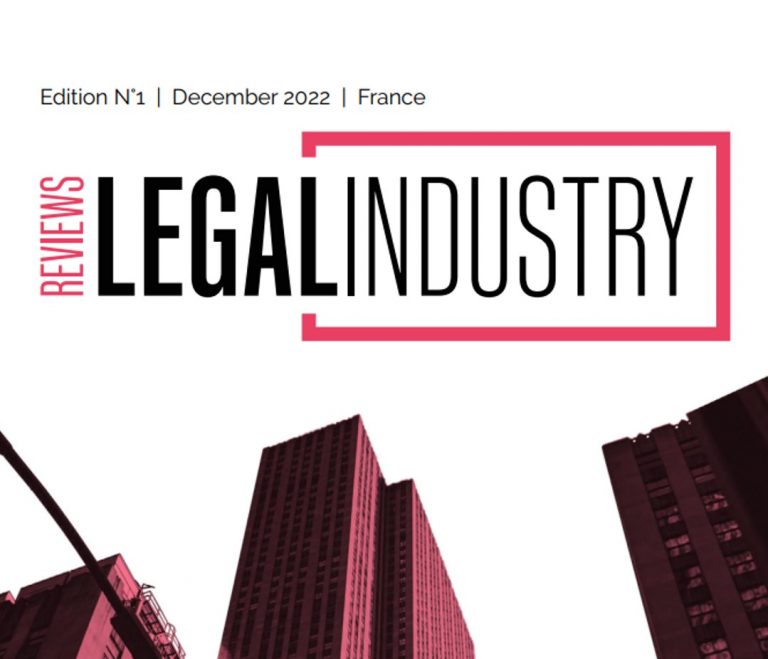 Press review – Week of 17 October 2022
In this press review you will find two significant events: (1) Lafarge pleads guilty in the United States for providing...
Event 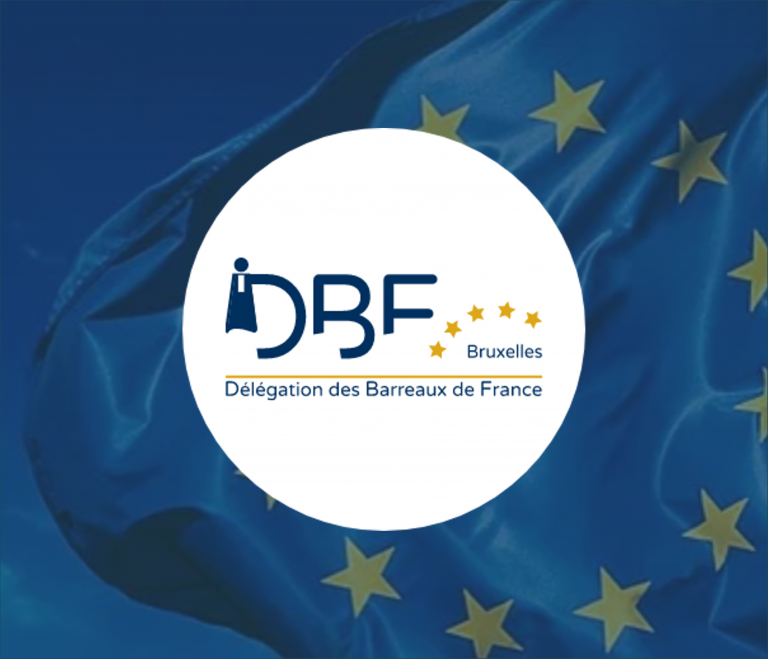 Formation – Companies and Human Rights: European Perspectives
Stéphane de Navacelle will participate in the seminar on companies and human rights organised by the Délégation des Barreaux de...
See all news and insights
Manage Cookie Consent
We use cookies to optimize our website and our services.
Manage options Manage services Manage vendors Read more about these purposes
Settings
{title} {title} {title}