Since the Sapin II law on transparency, fighting corruption and modernisation of the economy published on 10 December 2016, the Judicial Public Interest Agreement (hereinafter “CJIP”) is an alternative to prosecution offered by a French Public Prosecutor to a legal entity targeted by criminal inquiries or investigations regarding a limited type of offenses which allows the latter to enter into an agreement and avoid criminal charges in exchange of a fine and the implementation of a compliance program[1].

Yet, on 4 August 2021 and after some years of practice, a new Decree[4] was promulgated aiming to simplify the formalities required for the conclusion of the CJIP between the Public Prosecutor’s Office and the legal person concerned.

The 2021 Decree repeals all of the above and instead provides that “the offer for a CJIP is signed by the public prosecutor and, if accepted, by the representatives or lawyers of the legal entity”.[7] In that sense, the Decree implements the rights for the legal entity to be assisted by a counsel. [8]

In the same vein, the obligation to pay the fine provided for in the CJIP with a certified cheque no longer applies.[9] 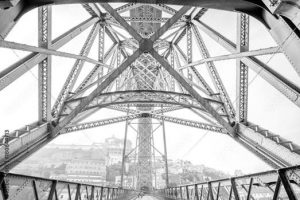